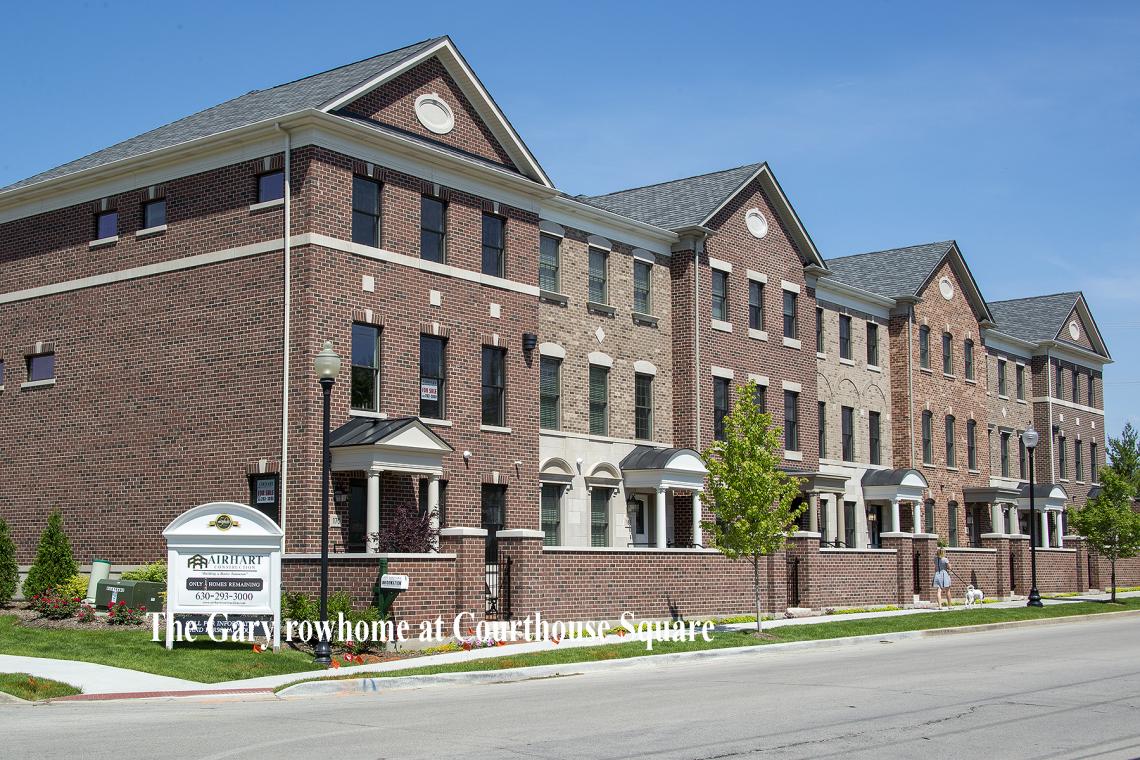 About The Courthouse Square Community.
Airhart Construction proudly presents its luxury Georgian Row style townhomes at Courthouse Square in Wheaton. For those who want to live in the heart of downtown Wheaton and enjoy walking to everything, it’s the perfect choice. Courthouse Square allows residents to enjoy the restaurants and shops of downtown, as well as other amenities such as the commuter train stations and the public library—all within walking distance. A park-like setting surrounds the community. Courtyards with extensive landscaping, brick paving and generous patios adorn the land plan. The architectural design creates a distinctive environment that complements the surrounding neighborhood and the historic buildings on-site.

The DuPage County Courthouse was designed in 1896 by Miffler E. Bell and is listed on the National Register of Historic Places. The Courthouse features simple ornamentation, broad masonry arches and references to medieval Romanesque detailing. Its interior offers six residential condominiums with a methodically restored exterior as part of the community.

The State’s Attorney Office Building was designed and erected by Harold Zook in 1938. With a meticulously restored façade and renovated interior, it serves as a community center for residents and private professional offices. The center provides a generous community room, meeting room, lounge area, kitchen, as well as a well-equipped fitness room and access to a beautifully landscaped terrace with swimming pool. Phase 3 is now sold out and only three homes remains in phase 4.

Within walking distance to shops, restaurants, theaters, the train station and more.

About The Wheaton Community.
Forbes Magazine ranks Wheaton as one of the “Top 100 Places To Live In the Country.” It boasts a vibrant downtown with many restaurants, shops and services. The Downtown Wheaton Association hosts many events throughout the year to promote local businesses including The French Market, A Dickens of a Christmas, Wheaton’s Wine & Cultural Arts Festival, to mention just a few. In addition, Wheaton offers: 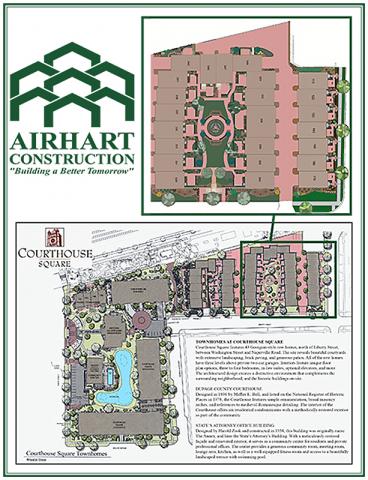 Courthouse Square At A Glance

We invite you to call us at 630-293-3000 or stop in and see the wide variety of designs we offer.
This is only an abbreviated sampling of the beautiful living environments we provide that reflect today’s lifestyles. 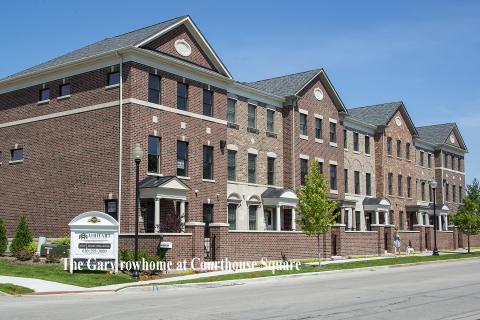 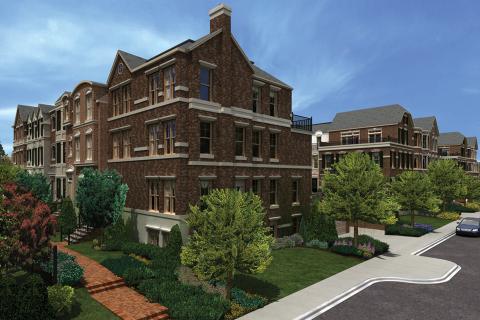 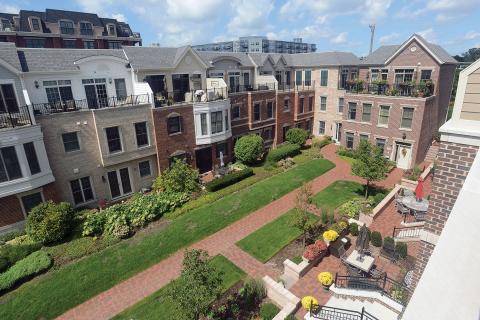 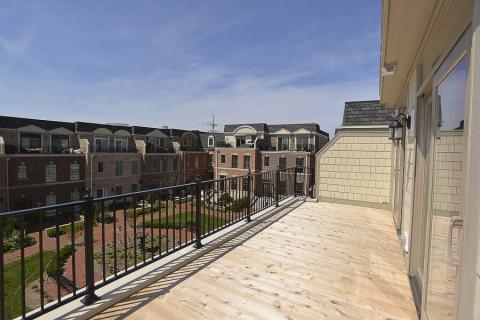 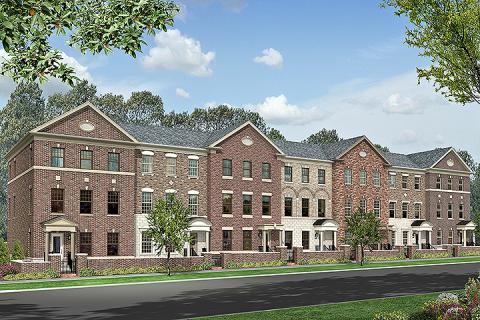 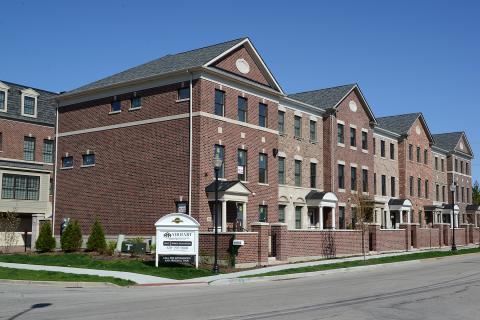 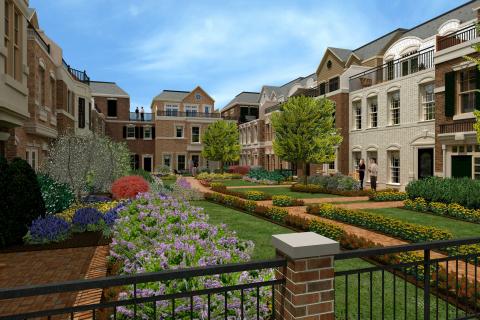 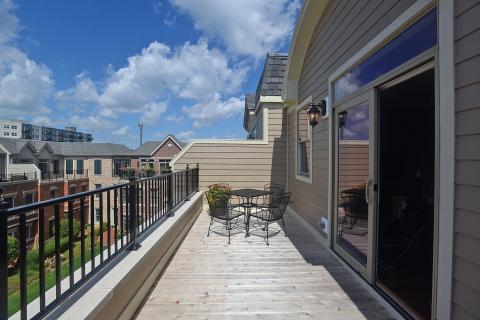 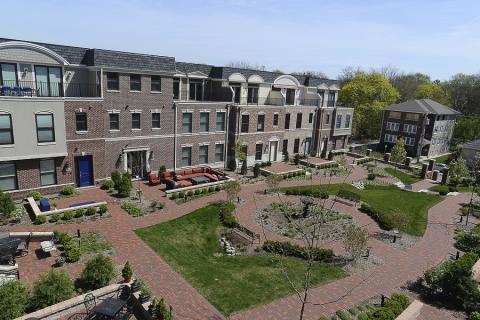 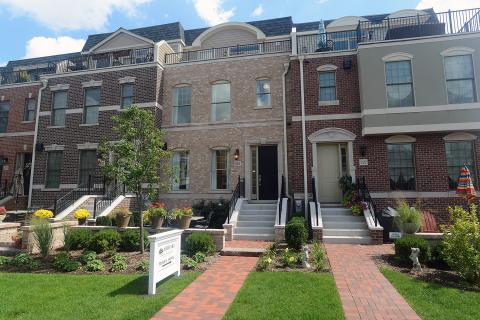 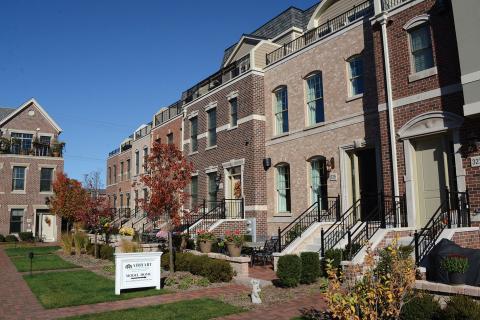 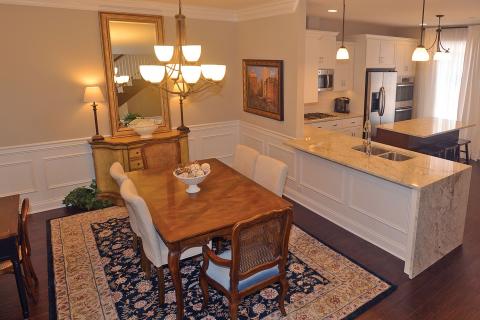 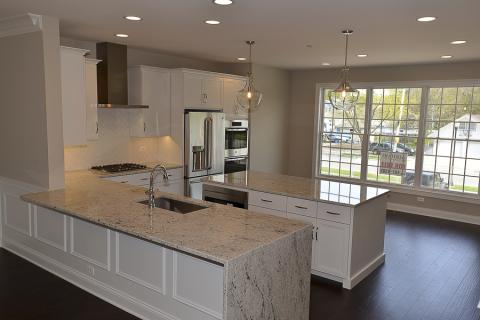 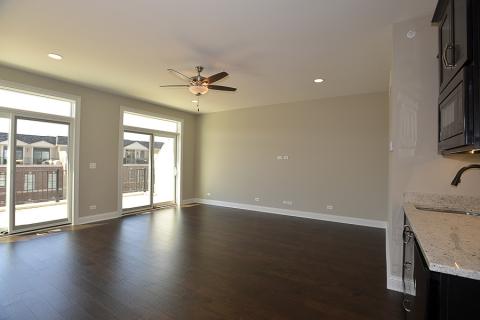 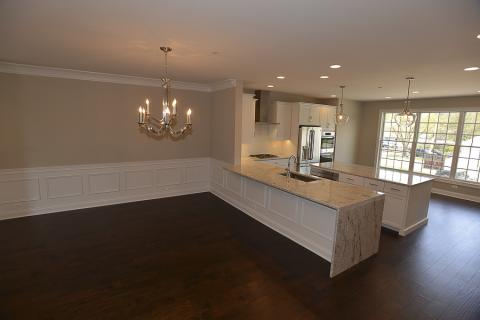 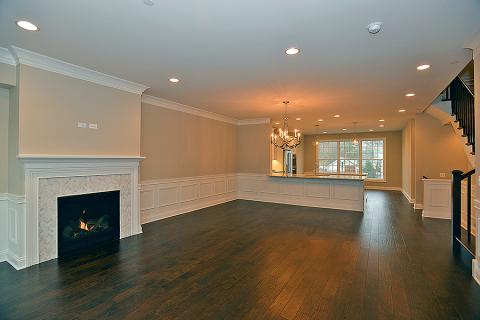 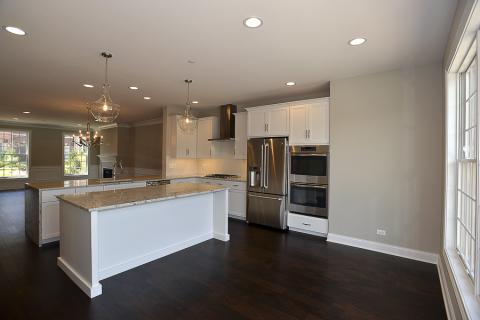 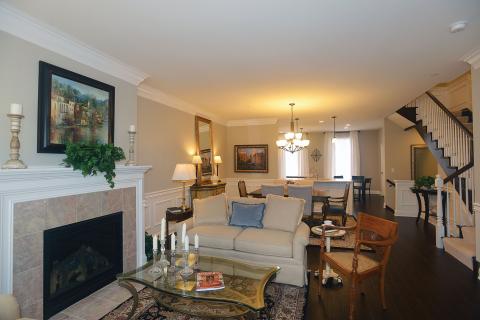 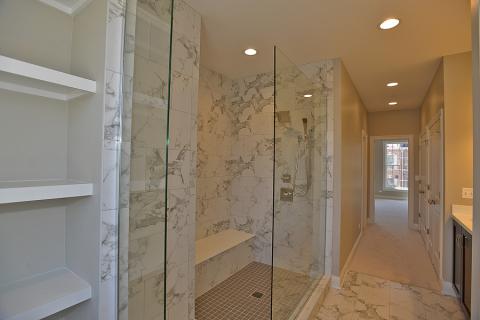 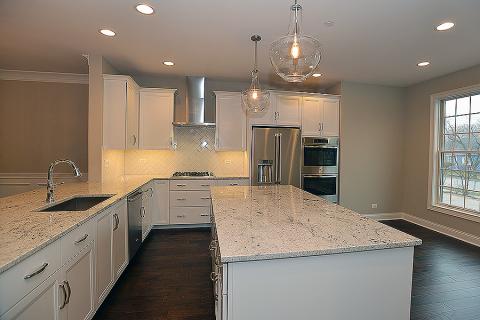 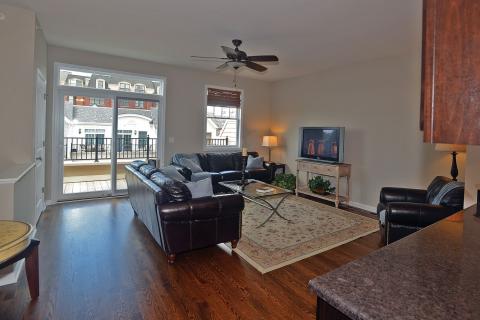 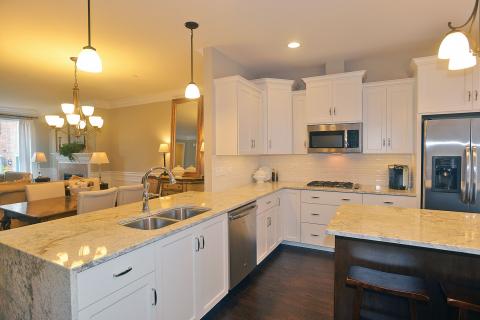 For your convenience, the map will direct you to the specific
community location. Visit Google Maps to download directions.

Sales information for all locations can be obtained at our
Chestnut Hill model located at Stafford Place.
For more information, please call us at 630-293-3000.
Or visit us at 28W733 Mount St, Warrenville.
Open: Sat from 10-5 and Sun 12-5 or By Appointment.
Visit Google Maps for directions to the Chestnut Hill Model.