About The Wesley Place Community

Wesley Place by Airhart Construction is a charming neighborhood of 5 distinctive homes that are truly unique. These new designs boast bright and airy floor-plans with generous room sizes, private retreat level, rooftop terrace options and private backyards with the opportunity for screened porches and an outdoor fireplace. The homes are situated in an incredible location in downtown Wheaton, only blocks from the Metra train station, shopping and dining, Memorial Park and the Prairie Path. This distinctive community provides a townhouse lifestyle free from attached walls. The homeowners association takes care of the landscape maintenance and snow shoveling.

Within walking distance to shops, restaurants, theaters, the train station and more.

About The Wheaton Community

The homes at Wesley Place, by Airhart Construction are located within the Award Winning City of Wheaton. Known for it’s top rated schools, vibrant downtown and is home to over 55,000 residents. Wheaton provides the benefits of a large city while offering the small town charm with it’s historic downtown and scenic neighborhoods.   Wheaton was ranked among the top 12 suburbs by Chicago Magazine in its most recent Best Places to Live study. Wheaton was also ranked among Top Walk-able Cities in the Chicago area in 2014 in a George Washington University School of Business Study. For the past 29 years the National Arbor Day Foundation has named Wheaton in its Tree City USA listing (1986-2015). 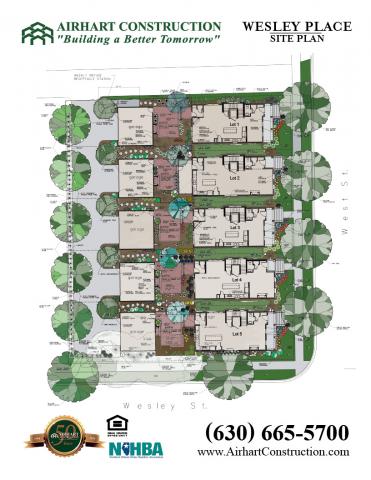 Wesley Place At A Glance

We invite you to call us at 630-293-3000 or stop in and see the wide variety of designs we offer.
This is only an abbreviated sampling of the beautiful living environments we provide that reflect today’s lifestyles. 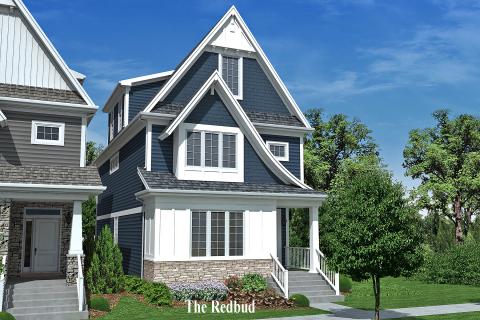 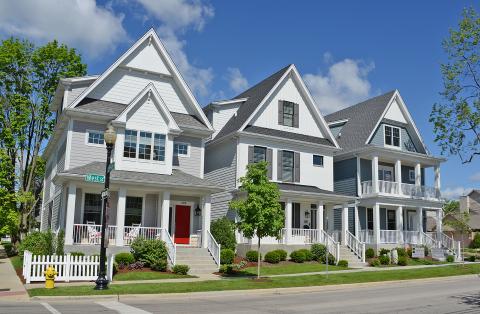 For your convenience, the map will direct you to the specific
community location. Visit Google Maps to download directions.

Sales information for all locations can be obtained at our
Chestnut Hill model located at Stafford Place.
For more information, please call us at 630-293-3000.
Or visit us at 218 N. West Street, Wheaton, IL, 60187.
Open: Sat from 10-5 and Sun 12-5 or By Appointment.
Visit Google Maps for directions to the Chestnut Hill Model.